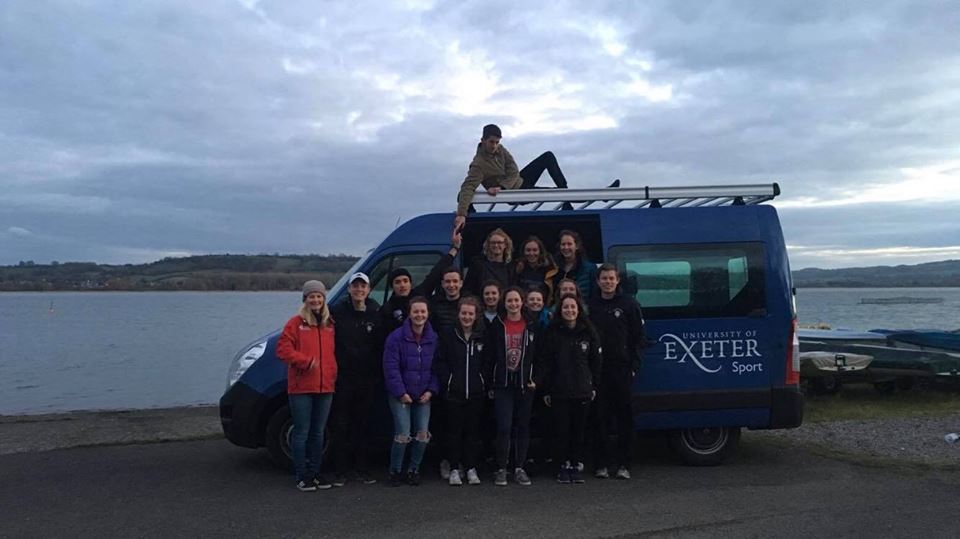 EUSC has had a fantastic weekend at the Western Qualifiers to convincingly take both 1st and 2nd place!

Three teams represented EUSC this weekend at Western Qualifiers which took place at Chew Valley Lake Sailing Club. Although there was good sailing from all three teams on the Saturday, little wind restricted teams to only 4 races. Despite this Exeter Blue and Exeter Black got off to a great start securing 4 wins each.
The second day saw some more challenging conditions, with capsizes and strong gusts both regular occurrences. Undeterred by this Exeter pressed on, with the Red’s picking up some deserved wins, whilst the Blue’s and Black’s continued to sail well, finishing the day having only lost 1 and 2 races respectively. Crucially this placed Exeter Blue and Black as the top 2 South West teams, who will now go straight through to BUSA Finals in Glasgow this April!

Many thanks to both Exe Sails & Covers and Sunsail for their ongoing support! Massive thanks also go out the Alumni who helped with the funding for the new minibus!