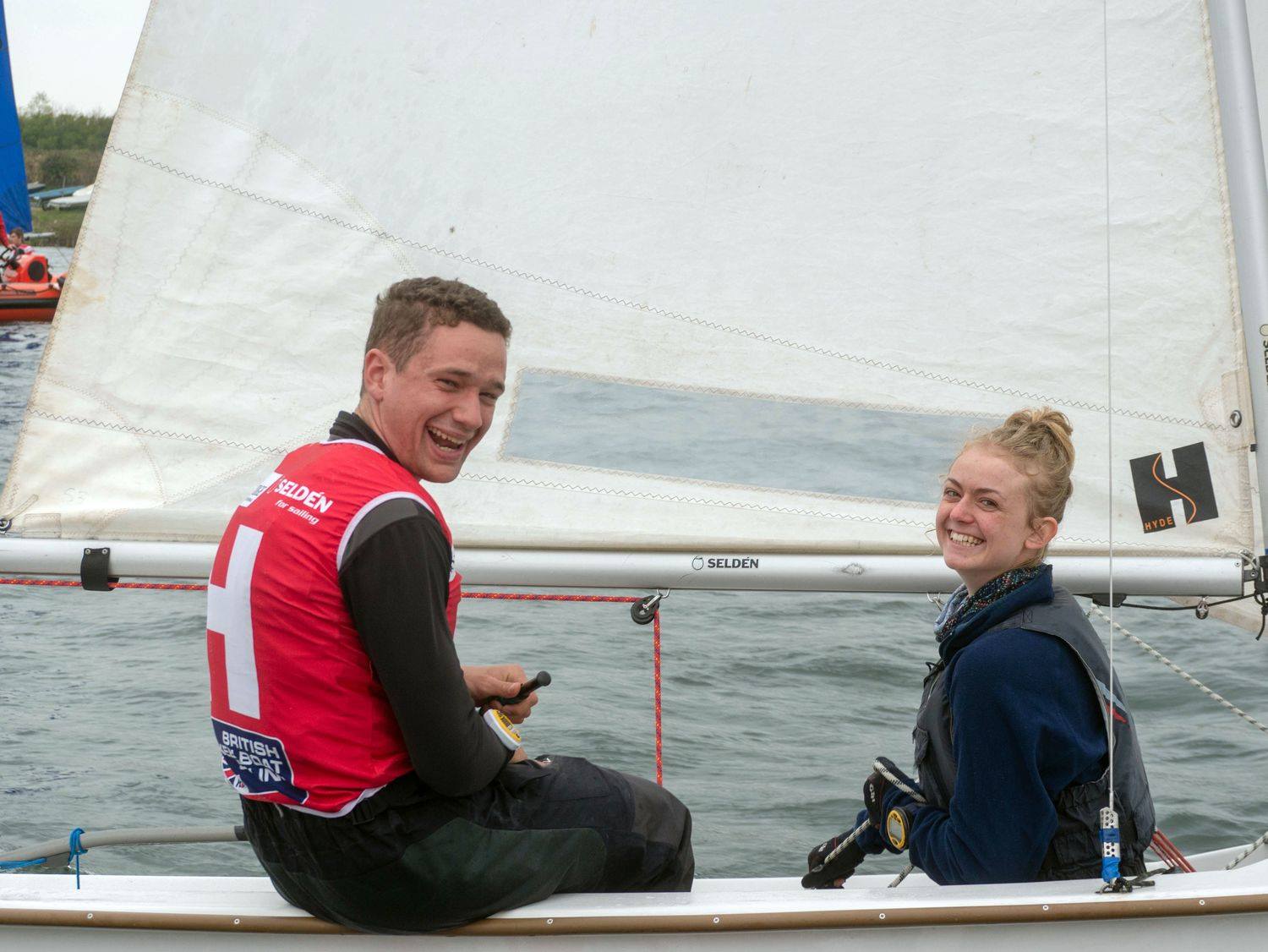 After one our best seasons to date, check out the news feature below by University of Exeter Sport:

The University of Exeter Sailing Club have had their best season to date taking BUCS Gold in Yachting, Fleet and Team racing Championships. They finish the season as the no.1 ranked University institution for sailing in the UK.

The BUCS Yachting Championships took place from 14 – 18 April 2019 at Port Solent and Gunwharf Quays, Portsmouth. A  fleet racing competition in 8 person yachts, held over 4 days, after 3 days of qualifying Exeter lay 3rd going into the final day, where the top 8 teams split into the ‘Championship Fleet’ the battle it out for the medals. Exeter came out the blocks firing, and won the first 2 races of the day, followed by a 2nd in the last race to take the overall win of the Championship. Exeter Sailor Murray Hampshire commented “It all came together for us on the final day, with the team perfectly manoeuvring the boat around the race course, bringing home the Yachting title to Exeter for the first time since 2012, and going one better than the silver we won last year”.  The Exeter team made up of Freddie Liardet, Willow Bland, Murray Hampshire, Jack Hanslope, Freya Anderson, Nellie Gannon, Jakob Schmutz and Will Roberts came through to take the honours with an outstanding final day of competition, edging out University of Edinburgh who had been the dominant side for most of the format.

Exeter couldn’t quite complete the clean sweep and finished a close 2nd in the BUCS Match Racing Championships held from 5 – 7 April 2019 at Weymouth & Portland National Sailing Academy. This format is 3 days of racing, 1 vs 1, in 3 person keelboats and Exeter lost 3-2 in a tight best of 5 final to a very strong Southampton team, however were very happy with their sailing all week and happy to come away with Silver. The final against University of Southampton was an incredibly well fought battle with some top quality sailing from both sides and a number of international level sailors representing their respective Universities. Representing Exeter were Murray Hampshire, Jack Hanslope and Emma Hattersely.

On to the Team Racing which is 3 days of racing in a 3 vs 3 format in 2 person dinghies, Exeter finished top of the round robin and breezed through the quarter and semi-finals to meet Cambridge in the final. In bright sunshine and perfect wind conditions Exeter came away with a 3-1 victory in a best of 5 final. The Exeter sailing team was Murray Hampshire and Emma Baker, Jack Hanslope and Phoebe Warren, Dom Lewis and Gemma Keers. Team Racing Captain Murray Hampshire commented “This is the one everyone trains for all year – the one that everyone wants to win – and is the culmination of 3 years of hard work for myself, Emma and Phoebe, and 4 years hard work for Jack! We are hopeful that the 2 freshers in the team, Dom and Gemma, can continue pushing Exeter forward in the years to come”.

Adding their Fleet Racing BUCS Gold from earlier in the academic year Exeter have dominated this years BUCS sailing events, medalling in all 9 events they entered and as such finish the year  as the no.1 ranked institution for sailing in BUCS by an impressive margin. Following their individual performances in BUCS Sailing events across the year Jack Hanslope, Murray Hampshire, Emma Baker and Phoebe Warren have also been selected to represent British Universities Sailing Association (BUSA) in the biennial event against the Inter Collegiate Sailing Association (ICSA) in America. They will be part of a team of 12 sailors selected from UK Universities to take part in the 18 day challenge starting in Boston and running down the east coast of DC. The teams will compete in 5 trophy events as well as the opportunity for the BUSA team to compete in additional ICSA college championships.

Exeter Sailing Club now turn their focus to the upcoming Wilson Trophy event held from 10th-12th May at the West Kirby Marine Lake which they are entering for the first time. This is widely regarded as the World’s premier team racing event and as such attracts a number of elite sailors including world and Olympic champions. Best of luck to Exeter in their event debut!

END_OF_DOCUMENT_TOKEN_TO_BE_REPLACED 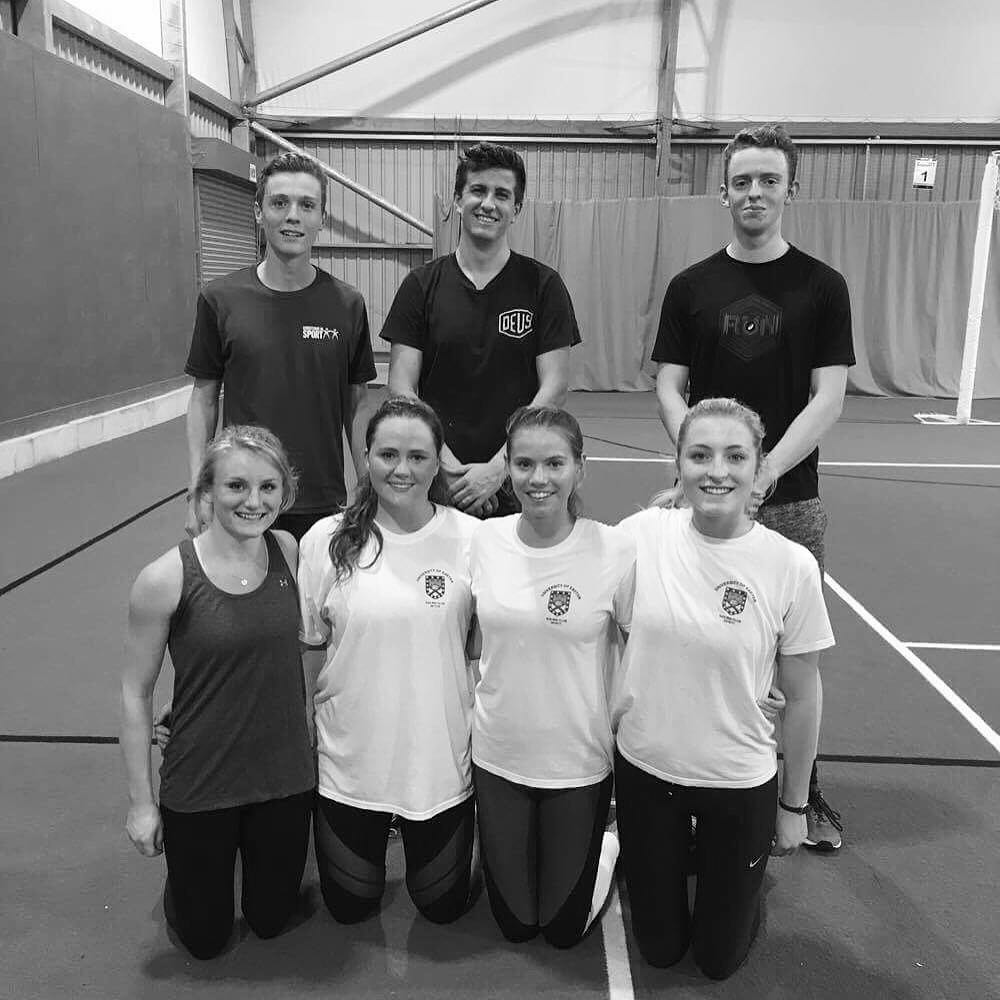